Special Mention Award for a Performance by International Artist 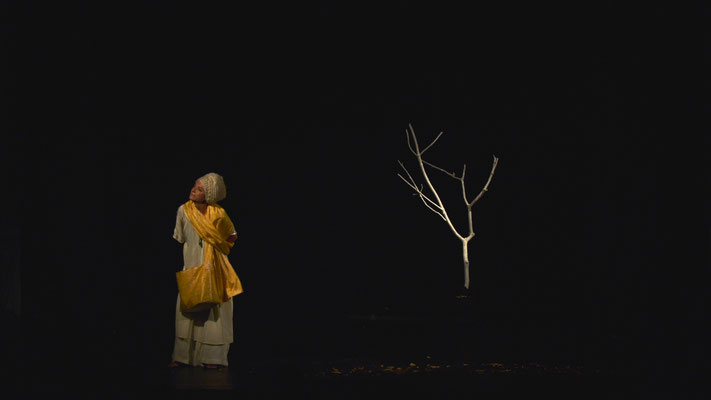 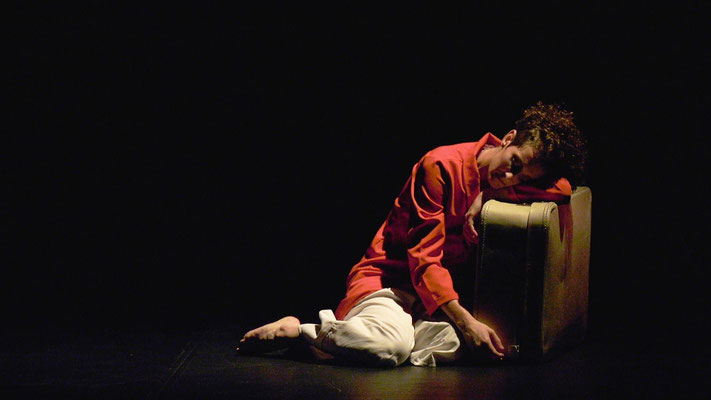 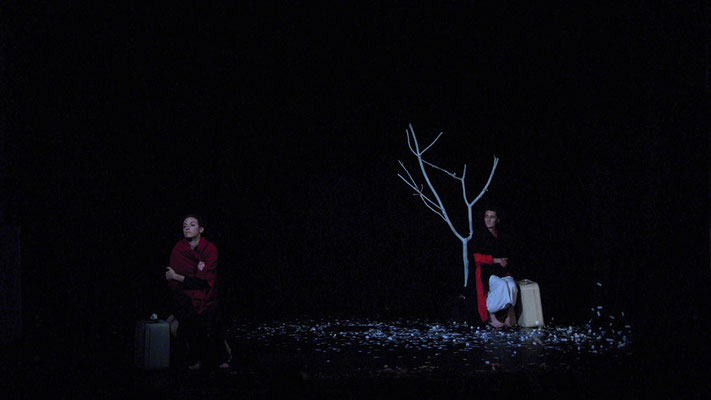 
Two young women with the essentials in their suitcases. Departed from different places and for different reasons, they end up on the same path, toward the same horizon, unknown and desired.  They move between love, death, passion, violence and hope. To search, to find and to let go of life. On their way they encounter a secret garden, a garden that is finally theirs, where they can exist, where they can bloom and love. A garden curated by Pina, old, wise and crazy woman at one time. A garden that is also a metaphor for life itself and its conflicts, sometimes bitterly unsolvable. Narrating the brutality and poetry of finding and losing oneself, AMARSIAMORSI reflects on the current migrations in Europe, on the love between two women, on the difficulty of facing loss. A performance of landscapes evoked by song, of stories told through gestures, of messages delivered through images. A performance of hybrid languages, which touches different genres, going beyond them: physical theatre, music theatre and visual theatre.

The performance is inspired by the reflections on life and death offered by the book '
I haven’t told my garden yet' by Pia Pera
and the true story of a Nigerian asylum seeker known directly through the ODI project, prosecuted in his homeland for his homosexuality.

Furthermore AMARSIAMORSI is the final result of EFFIMERIA: a long-term transdisciplinary and intercultural research project on the theme of death, developed between Brazil and Italy. The project organized multiple artistic and cultural activities and created 3 performances in cooperation with research institutions and artists from various fields.

Two artists on stage in a restrained dance, a minimal narrative thread the journey from different places and for different reasons to a single unknown destination - a great theme: the way in which each of us relates to death. A Beckettian situation also thanks to the tree brought to the scene, but a literally flowered Beckett. For the flowers sewn on tissue, which give to death the colors that it has in so many Latin American countries, and for the delicacy with which death enters into relationship with love.

Elegant, poetic, delicate. AMARSIAMORSI is a constant succession of these three adjectives. The scene is naked, only inhabited by a white tree that in its simplicity dominates the space and marks the passing of time. The two protagonists travel across a sophisticated narrative arc, intertwining a love story based on silence and stolen looks. The feeling is that of a constant expectation that leaves you breathless throughout the piece. From the first moment, you realize that these two fascinating figures will surely lead you to a tragic destiny. Sounds, colours and smells drag you inside the piece, until you realize that this game of seduction will evoke a direct confrontation with Death: Death that has the body of a beautiful woman and the face of tradition.

AMARSIAMORSI epitomizes the saying that goes “theatre is the world on stage.” The show bursted with meanings due to stellar artistic execution and presentation. Each prop was intentionally introduced, as though the props themselves were characters on stage. The two actresses created this masterpiece as one, there are no words for describing their partnership on stage. This performance explores death, love, blooming and suffering. Occasionally, we can sense the emergence and disintegration of beauty as well as the uncertainty of life simultaneously. Grow flowers and let them bloom in your life. Accept that on some days, there will be rain. When that happens, bow down to kiss the clock and keep moving forward.

BILOURA Collective, through its long-term research within the project "EFFIMERIA"