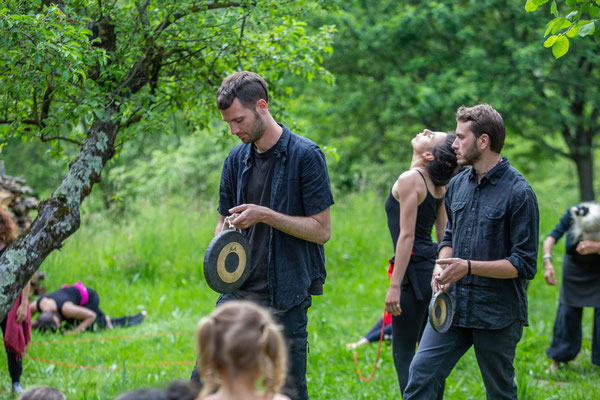 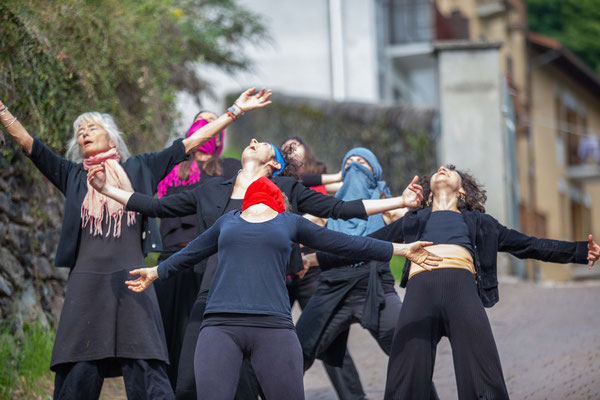 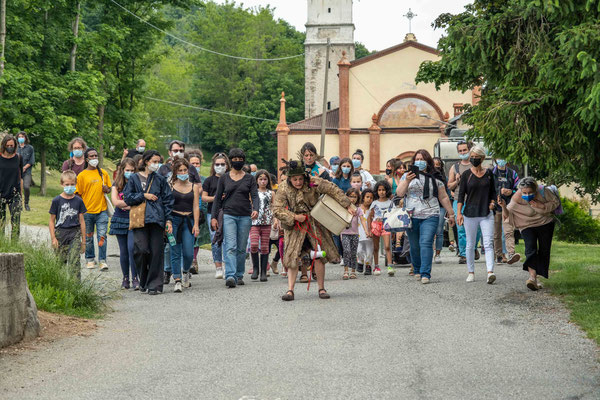 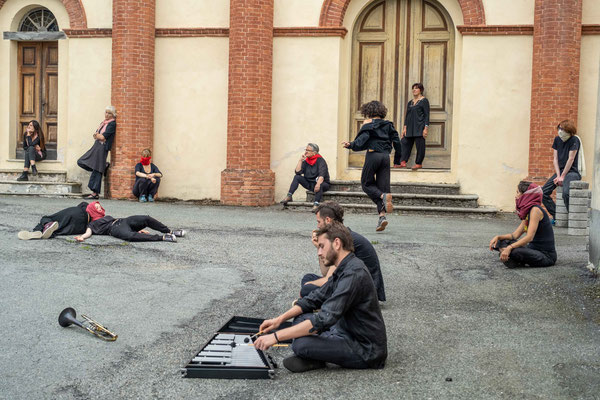 The start of BILOURA was marked by a gathering of around 20 artistsə in Valchiusella (Piedmont Alps), where actress Silvia Ribero obtained the concession of a communal space: the Ex Società Operaia di Alice Superiore (today Val di Chy) to give life to an experimental, semi- nomadic performing arts project. After a period of residency and artistic exchange, LIBERI DA… was presented. It expresses the elements that will characterise BILOURA in the future: transcending theatrical genres, interculturality, transdisciplinarity, commitment to socio-political issues. The performance combines theatre, circus, music and dance in a path of performative stages that each look at a concept of "freedom", facing the complexity of this word and its use, investigating its value and strength in a democratic but highly individualistic society, where personal and collective interests often come into friction with each other. After the staging of LIBERI DA..., the DreamProject will lead to the first year of the collective's life, spent in Italy, Spain, France and Switzerland, and during which the group founded its experimentation and innovation of scenic languages.