A performance between dance, soundscapes and visual art

Welcome to the Moon

(poem written by a Korean prostitute)

A reflection on the female body as an object of trade, pleasure and pain, SILENT VOICES addresses the issue of female sexual exploitation on a global scale, a phenomenon deeply rooted in patriarchal culture and closely linked to economic exploitation of the fragile and the underprivileged. Choosing to deal artistically with this uncomfortable, half-hidden yet huge topic has an ethical urgency. It is a stinging, problematic theme, it sheds light on open wounds, its rawness bothers because it is not far from us, it puts us in front of the mirror.

Through dance, visual art and soundscapes, the poetic performance addresses a cruel topic with delicacy and respect for the women that it encountered. It shines a spotlight on the lives behind and beyond exploitation: voices and poems by former prostitutes, social workers and human rights activists convey the feelings, emotions and reflections on which the performance is built.
SILENT VOICES keeps a stylistic balance between abstraction and concreteness, the weight of its content is given with poetry and the focus returns to the beauty of the human, to the wisdom and value of stigmatized and marginalized women. The drammaturgy of the performance leads the spectator into an intimate space, where political themes are transcribed in the personal, dancing on the bodies of the performers, resonating in the space like a mood, peeking through a gap in the wall.

SILENT VOICES is an invitation to watch,
to listen, to get closer to some of the most marginalized stories
and people in the world. 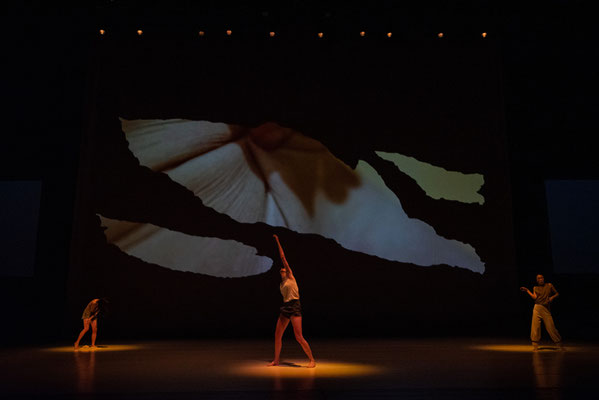 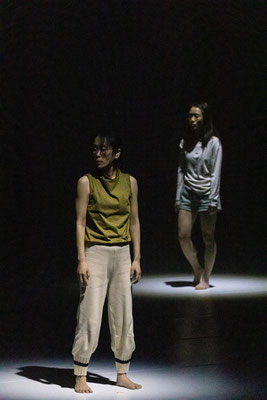 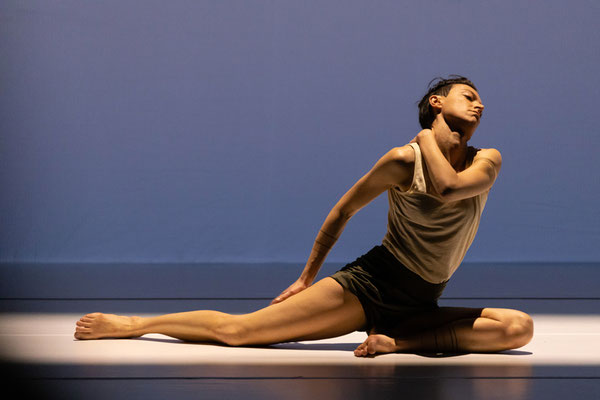 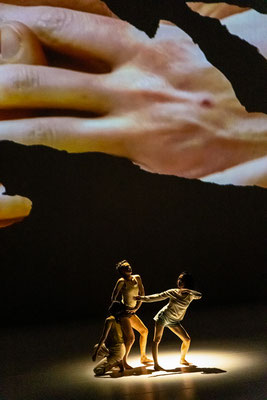 BILOURA arrived at this performance through different stages of research and experimentation within the long term project 5 VOICES FOR 1, initially dedicated to the marginalization of women victims of trafficking, then expanded to the phenomenon of prostitution as a whole, finally coming to deal more precisely with sexual exploitation. Started in Vienna in 2017 with the support of the Austrian Ministry of Culture and Art, it continued over the years between Italy and Austria in collaboration and with the support of various institutions. In 2021/22 it gets the support of the Theatre Incubating program of the Asia Culture Centre in Gwangju (South Korea), from which it is selected for a 3-month production residency, generating SILENT VOICES.

In the first phase of SILENT VOICES the artists collaborated with NGOs, involving women directly effected by the phenomenon in the creative process.
From the perspective of artivism, it is essential that the artist puts himself not as a spokesperson/interpreter but rather as an ally.

It was therefore essential to put the original voices of the people involved (former prostitutes, activists, NGO workers) at the center of the work. Starting from the developments that emerged during the moments of co-creation, BILOURA then worked artistically to identify the languages of the performance: the female body, the immediate protagonist of such a theme; the soundscape, which dares a poetic alteration of the direct testimonies collected; the visual art, which creates a bridge between the personal and the global through the symbolic, manifesting the close dialogue that runs between the 'macro' dimension of one of the world's biggest businesses together with arms and drugs and the 'micro', intimate dimension of individual experiences.

The collective creation process involved European and Asian artists and testimonies by women from Africa, Latin America, Asia and Europe, generating an intercultural reflection on the theme. It does not answer questions nor presents a singular discourse on the subject of prostitution, rather than sharing a 5-years research on the transversal elements of this complex phenomenon.

We believe that approaching the issue of sexual exploitation through art allows us to face it directly and gives us an opportunity to raise important questions about a culture of sexuality that effects us all, more or less closely.

It offers a glimpse on the women involved in exploitation that goes beyond the issue itself, in order to give them the spotlight they are denied on a daily basis by the social stigma to which they are subjected.

Stand Up Against Sex-Trafficking of Minors Seoul