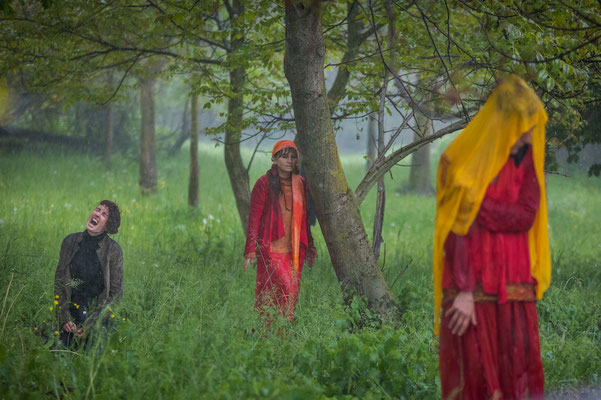 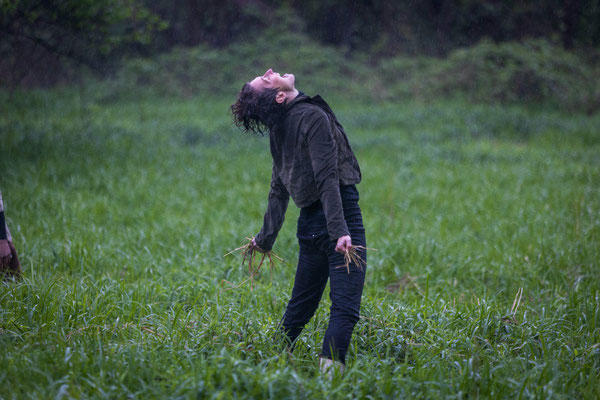 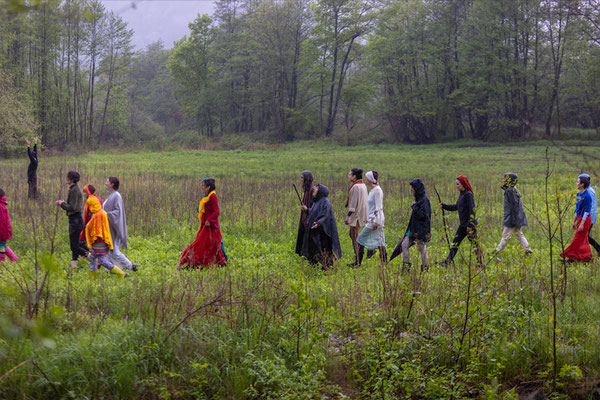 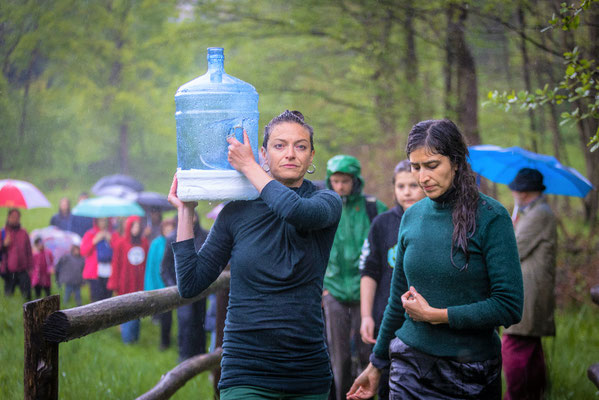 For the 2nd edition of POLIMORFA BILOURA brings the value of participatory performance back to centre stage. SENDEROS DE FUGA involves 7 international artists and 25 local residents, together in a reflection on the relationship between the current climate disaster and the humanity that we are. A collective creation with, by and for the community, a participatory performance to reflect on possible 'escape routes' together with the audience.

An immersive, site-specific art experience.
A way of re-connection between human and nature, along paths, fields and streams.
A collective celebration under the rain of a day in May.

The effects of ecological collapse are being felt all over the world, forcing humanity to look for new ways to survival. Masses of people have to move, change and walk thousands of kilometres, crossing seas, uprooting themselves, adapting, taking only what they can carry, leaving much behind, transforming themselves. The performative action SENDEROS DE FUGA is a poetic act dedicated to the fleeing masses and the profoundly human desire to look elsewhere - an elsewhere that is often geographical, but also interior - to imagine new possibilities for coexistence, survival and development.

The performance is the result of an international artistic exchange residency and a collective creation process with professional artists and inhabitants of Valchiusella.

Silvia Ribero (IT), Angie Rottensteiner (AT) + 25 participants of the workshop “SENDEROS DE FUGA”