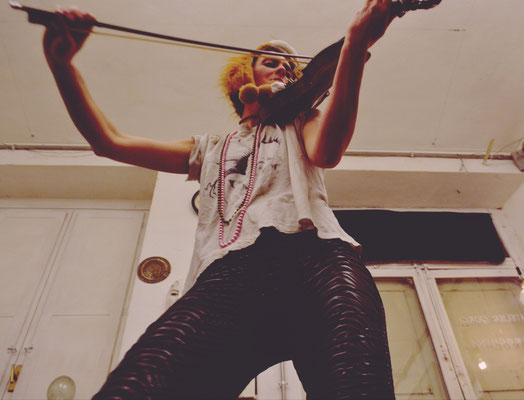 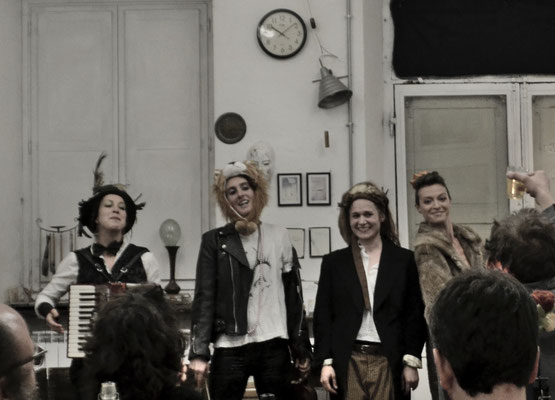 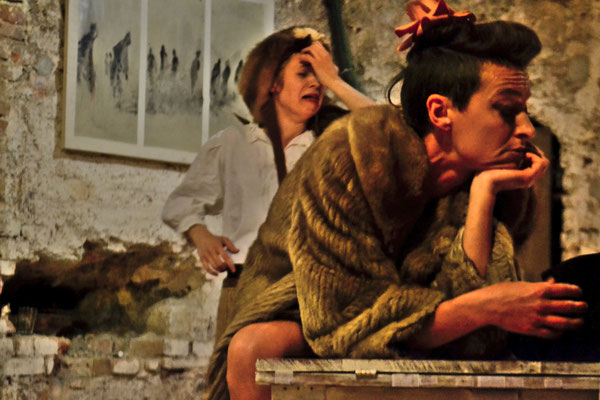 Four rock stars from a decadent band give life to a concert-performance with a surreal taste, which brings a festive atmosphere to the theatre and offers poetic and philosophical texts in musical and theatrical form. In NO PANIKAS (from the Latvian: no panic), the four characters on stage deal with the theme of freedom moving between its meanings, its limits, its paradoxes, its aberrations. By singing them, dancing them, declaiming them, playing them, the performers give the colours of freedom bodies and voice, launching provocations and reflections on global society.

NO PANIKAS is a laugh in tears to toast the complexity of life, between tradition and contemporaneity, between accordions and vodka, a polyglot concert where the meaning of everything is in the sound.

NO PANIKAS was born from the encounter between the perfomers Silvia Ribero (Italy) and Angie Rottensteiner (Austria) of BILOURA Collective and the performers Aude Lorrillard (France) and Vita Malahova (Latvia) of I Patom Theatre. Violin, accordion, percussion, loop machine, this is the mix of live sounds mixed with singing voices and poetic texts. The choice of songs is made from the heritage of popular songs from around the world, arranged by the group in a contemporary key. To these are added their own musical compositions and artistic expressions: masks, dance, narration.